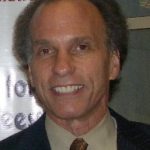 Henry Silverman, MD, MA (Bioethics), MS (Engineering) Henry Silverman majored in biomedical engineering at Rensselaer Polytechnic Institute, where he received his B.S. and M.S. degrees in 1974. He then studied medicine at The Johns Hopkins University (MD 1974) followed by a residency in internal medicine and a pulmonary and critical fellowship at The Johns Hopkins Hospital (1983). He then became a faculty member at the University of Maryland, School of Medicine. He received his MA Degree in Bioethics from Georgetown University in 1995. His teaching efforts have been recognized by several teaching awards, including the Senior Resident’s Award for Teaching (1988),the Senior Medical Student’s Award for Humanism in Medicine (2001), and the Master of Public Health Program Teaching and Mentoring Award (2013). He is PI of a Fogarty/NIH research ethics training program situated in the Middle East.